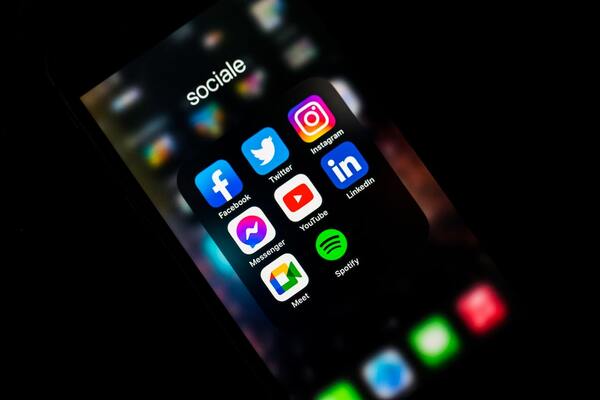 socialmedia by Piotr Cichosz is licensed under Unsplash unsplash.com
Photos by Getty Images
According to documents obtained by John Solomon's "Just the News," the Department of State and Department of Homeland Security worked with four organizations that they awarded with millions of dollars for censoring millions of social media posts they alleged contained misinformation about the 2020 election. The four organizations included the "Stanford Internet Observatory (SIO), the University of Washington's Center for an Informed Public, the Atlantic Council's Digital Forensic Research Lab, and social media analytics firm Graphika."

It [the four groups] set up a concierge-like service in 2020 that allowed federal agencies like Homeland's Cybersecurity Infrastructure Security Agency (CISA) and State's Global Engagement Center to file "tickets" requesting that online story links and social media posts be censored or flagged by Big Tech.

Three left-wing groups; the Democratic National Committee, Common Cause, and the NAACP, were also "empowered like the federal agencies to file tickets seeking censorship of content." A DHS-funded collaboration called the Elections Infrastructure Information Sharing and Analysis Center also had access.

Solomon notes that the extent of the censorship was massive:

In its own after-action report on the 2020 election, the consortium boasted it flagged more than 4,800 URLs — shared nearly 22 million times on Twitter alone — for social media platforms. Their staff worked 12-20 hour shifts from September through mid-November 2020, with "monitoring intensif[ying] significantly" the week before and after Election Day.

The tickets sought removal, throttling and labeling of content that raised questions about mail-in ballot integrity, Arizona's "Sharpiegate," and other election integrity issues of concern to conservatives.

The consortium achieved a success rate in 2020 that would be enviable for baseball batters: Platforms took action on 35% of flagged URLs, with 21% labeled, 13% removed and 1% soft-blocked, meaning users had to reject a warning to see them. The partnership couldn't determine how many were downranked.
In addition to social media posts, the consortium targeted right-leaning news organizations such as the New York Post, Fox News, Just the News, and SeanHannity.com

Naturally, there are countless First Amendment concerns, and courts have previously ruled that its prohibition on Congress passing laws abridging free speech does extend to federal agencies funded by the legislative branch.

Matt Benz, the former State Department official who is responsible for discovering much of the work of this consortium, said it was the largest federally-sanctioned censorship operation he's ever seen, and was likely a precursor to the Biden Admin's short-lived "Disinformation Governance Board."

socialmedia by Piotr Cichosz is licensed under Unsplash unsplash.com
Photos by Getty Images