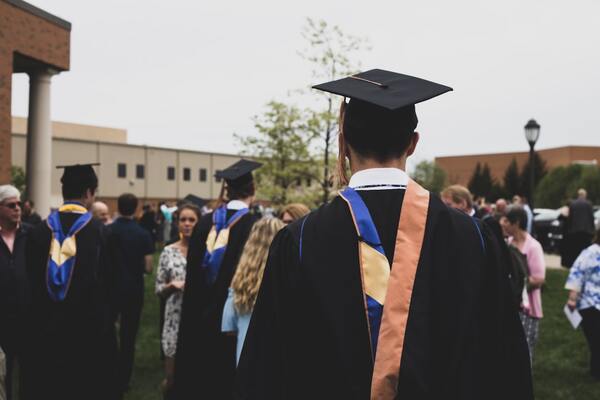 Graduation. A Success. by Charles DeLoye is licensed under Unsplash unsplash.com
Photos by Getty Images
Joe Biden's almost-certainly unconstitutional student debt bailout has suffered yet another legal blow as an appeals court has rejected a request to reinstate the program.

Two federal courts halted the Biden scheme shortly after the midterm elections, and an appeals court has now ruled that the freeze is here to stay.

According to the Epoch Times:

The White House had no immediate comment but the administration has said that if the 5th Circuit declined to halt the Texas judge’s order blocking the student debt wipeout, it would ask the U.S. Supreme Court to intervene.

The Biden administration stopped taking student loan forgiveness applications after the November 10 halt, which basically allowed the Biden administration to buy votes for midterms without spending a dime. If Biden were to pass student loan forgiveness as planned, estimates range that the cost would be anywhere between $400 billion and over $1 trillion.


Graduation. A Success. by Charles DeLoye is licensed under Unsplash unsplash.com
Photos by Getty Images

Ep. 1938 We Blow The Doors Off The Biden, Soros, FBI, RussiaGate Scandal

This Week on Unfiltered With Dan Bongino: The Mob, or the Government?

Ep. 1937 Devastating Revelations About The Vaccine Should Concern All of Us